The concept of media being both recorded and broadcast at the same time is not new. While we’ve had live TV for decades, livestreaming offers even more reach, measurement and authenticity for brands than anything else available. Though many attribute the success and prominence of livestreaming to COVID-19, livestreaming was a popular medium prior to the outbreak. It has actually been steadily evolving since the 1990s and has been developing into a booming social function.

Livestreaming, while originating in the 90s, found its footing in the mid 2000s through YouTube. In 2008 Youtube hosted ‘YouTube Live’. It was a live event featuring artists like Katy Perry, Bo Burnham and will.i.am, that was streamed from San Francisco and Tokyo. Despite the success of the event, YouTube continued to only host occasional live broadcasts like the Q&A with Barack Obama in 2010.

In 2011 a brand new streaming platform, Twitch, launched. Targeted towards the gaming community, in just two years Twitch had more than 45 million viewers per month. The success of Twitch encouraged YouTube to take the dive and add livestreaming to their repertoire, and by the end of 2013, YouTube users could live stream. This monumental addition to one of the most popular platforms on the internet brought livestreaming to the forefront.

2015 saw the launch of the first livestreaming app, Meerkat. It was a mobile app that allowed users to broadcast live video and stream to their Facebook or Twitter accounts. Within weeks of its release and sudden popularity, Twitter cut off user access and announced their new acquisition Periscope.

Just like Meerkat, Periscope let individuals broadcast live video, either publicly or to a select group of people, on Twitter. In August of 2015, Twitter announced that Periscope had reached 10 million accounts. In that same month, Facebook launched its first version of the ‘Live’ feature, which only allowed celebrities and big brands to stream. Since 2016, live features have been added to both Facebook and Instagram.

These social media platforms have encouraged the presence of livestreaming as a form of communication and connection. Livestreaming has become that popular of a social medium that large brands like Adobe have incorporated it to appeal to their users.

Soon brands started to discover that livestreaming had a unique set of benefits in adding sophistication and value to their relationships with their audience. While On Demand Video has made a generational change to online marketing, livestreaming video allows immediate and close contact to an audience.

Creative marketers started to use livestreaming as a means of generating immediate, measurable and time critical communications with their customers and prospects. Many examples of well organised livestreaming promotions began to emerge. But there was even more value to be had.

The integration of livestreaming with interactive elements like chat, live Q&A, audience polling and more, signalled the possibilities of live feedback from an audience.

Around 2017, Adobe launched its Adobe Cloud Live channel on YouTube. As a value add to its legion of Adobe Creative Suite users, each week Adobe would invite a professional or influencer to come in and sit alongside a host to show Adobe users how to get the most or how to get genuinely creative using one or more of the creative suite products.

The focus was to use expert advice to create a closer connection between brand and audience. Adobe wanted to assist their users by giving them the opportunity to learn for free, in real time, from some of the most talented people in Australia. You’d even be able to see when the professional made a mistake and had to clean up. Large groups of regular viewers follow these livestreams and many ask questions and comment to the host in real time.

Livestreaming to a community offers a valuable sense of authenticity to your brand. Authenticity is crucial to marketing in this day and age when anyone can post slick marketing content to the Internet. Genuine communication allowed businesses to connect directly with their audience with true credibility and a more human connection. Being live on the Internet allows your audience to see your mistakes, like tripping over your words sometimes,  but there’s nothing more appealing than being relatable and accessible, something brands can often struggle to achieve online.

While COVID might not have been the sole reason for the success of livestreaming, it has played an enormous role in shifting the way businesses and the events industry looks at events. Early attempts at streaming events fell flat as there was little appeal in sitting in front of a monitor “watching” an event you would otherwise be a part of, but many organisations were forced there in a hurry. Events that used to be physical  and social experiences had been reimagined into digital or hybrid (both onsite and online experiences) events.

Early 2019, many new Online or Virtual Event platforms launched into the international marketplace. These platforms offered new functionality to organisations looking to keep their major conferences and webinars working for an online audience. The platforms including ON24 and Bevvy offer a branded web page with not just a livestream viewing tool, they offer live question and answer panels, separate slide windows and more. In some cases they also offer the viewer a chance to determine their own page layout while watching. StreamingHouse can assist brands who have signed up for any of these platforms.

Companies like StreamingHouse also offer a more customised option to organisations looking to provide a unique experience for event attendees. Rather than offering a templated platform, StreamingHouse generates custom built reusable websites designed exclusively for the branded customer's event. These sites often offer similar functions to those offered by the templated platforms but also allow the event and marketing teams to add additional functions just for their event. Like gamification pages. These websites also include detailed reporting functions for clients as well.

Some businesses fear that by going hybrid they risk losing ticket sales for the physical event as individuals would rather stay home and watch. This sentiment is reminiscent of the many individuals who predicted a decline in book sales and a diminished market for printed magazines. Regardless of the market, live events and conferences will always have appeal.

Hybrid events are the future. They offer businesses immense commercial advantages. While physical events reach a certain capacity, which could be for example 1- 5,000 people, a livestream could draw an additional 20,000 viewers online.

The working landscape is changing. Prior to COVID a majority of individuals worked a standard 9 to 5 Monday through Friday, whereas now people are opting to work from home or even working as digital nomads. Hybrid events offer opportunities for those who cannot attend due to location, health or personal issues.

Livestreaming can be more than just filming yourself on your phone and streaming to your followers on Instagram. Professional livestreaming focuses on custom built experiences that are tailored to your consumer and their ideal user experience. It can be a reimagining of your event that can incorporate breakout rooms, Q&As, networking functions or gamification. By making it more than just a video on a screen you can increase your reach and often your profit. Livestreaming has also picked up the slack when event presenters/guests have been stymied by international or state travel restrictions.

Now more than ever businesses and brands face uncertain times. Incorporating livestreaming into your marketing or event plans is not only a useful tool to overcome travel restrictions but can be the way a brand expands its following, increases attendance to events, brings a mass market closer to their brand and (and this is most important) offers new and interesting ways to interact with the brand and other followers.

For strategies, production expertise, studios or brand innovation, contact StreamingHouse for an obligation free conversation about how and why your organisation can use livestreaming to achieve massive growth in reach and connection with your audience.

APAC E-Com Brands and their Agencies lifting their game. 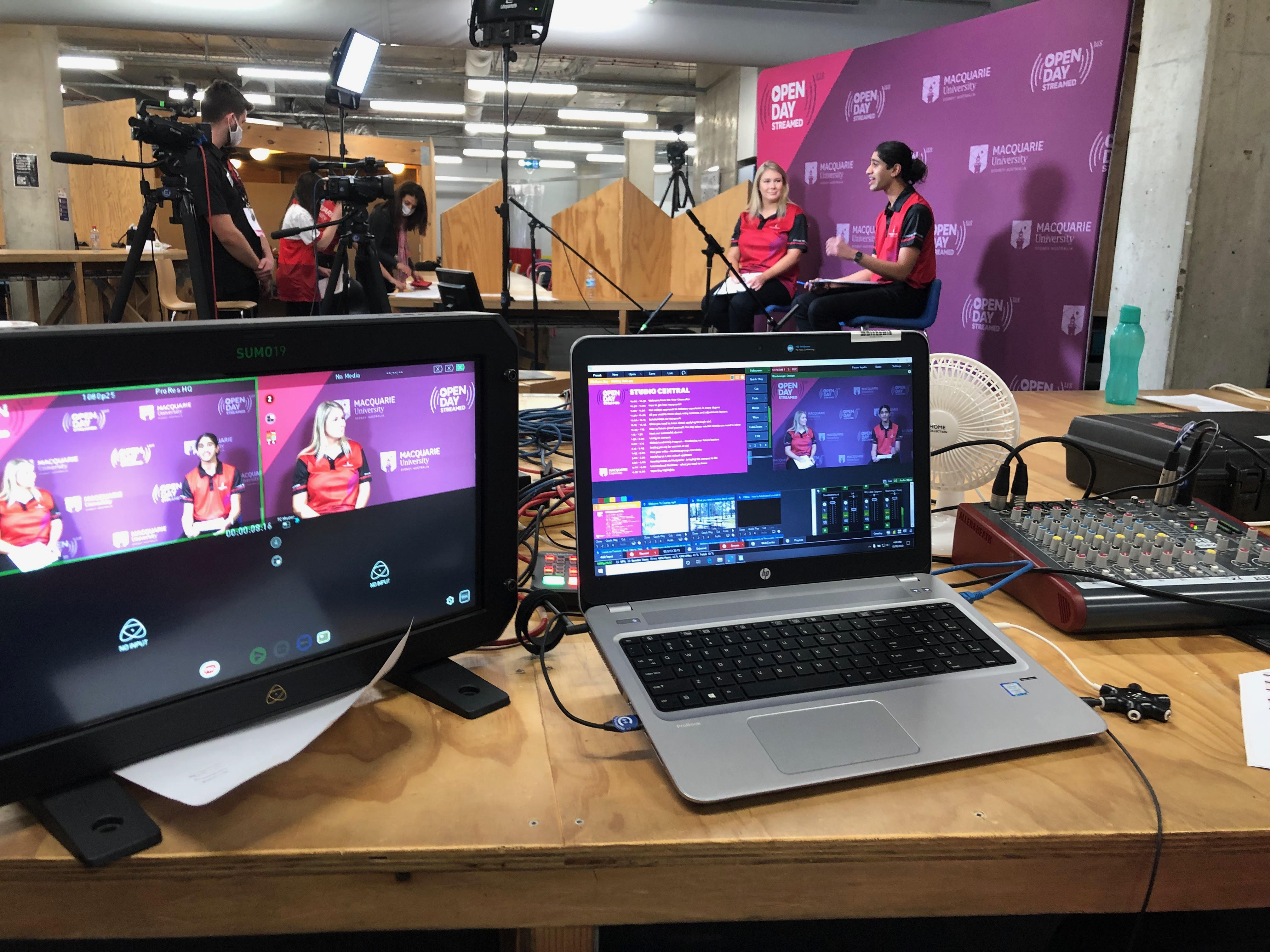 Macquarie Uni leads with the power of Streaming 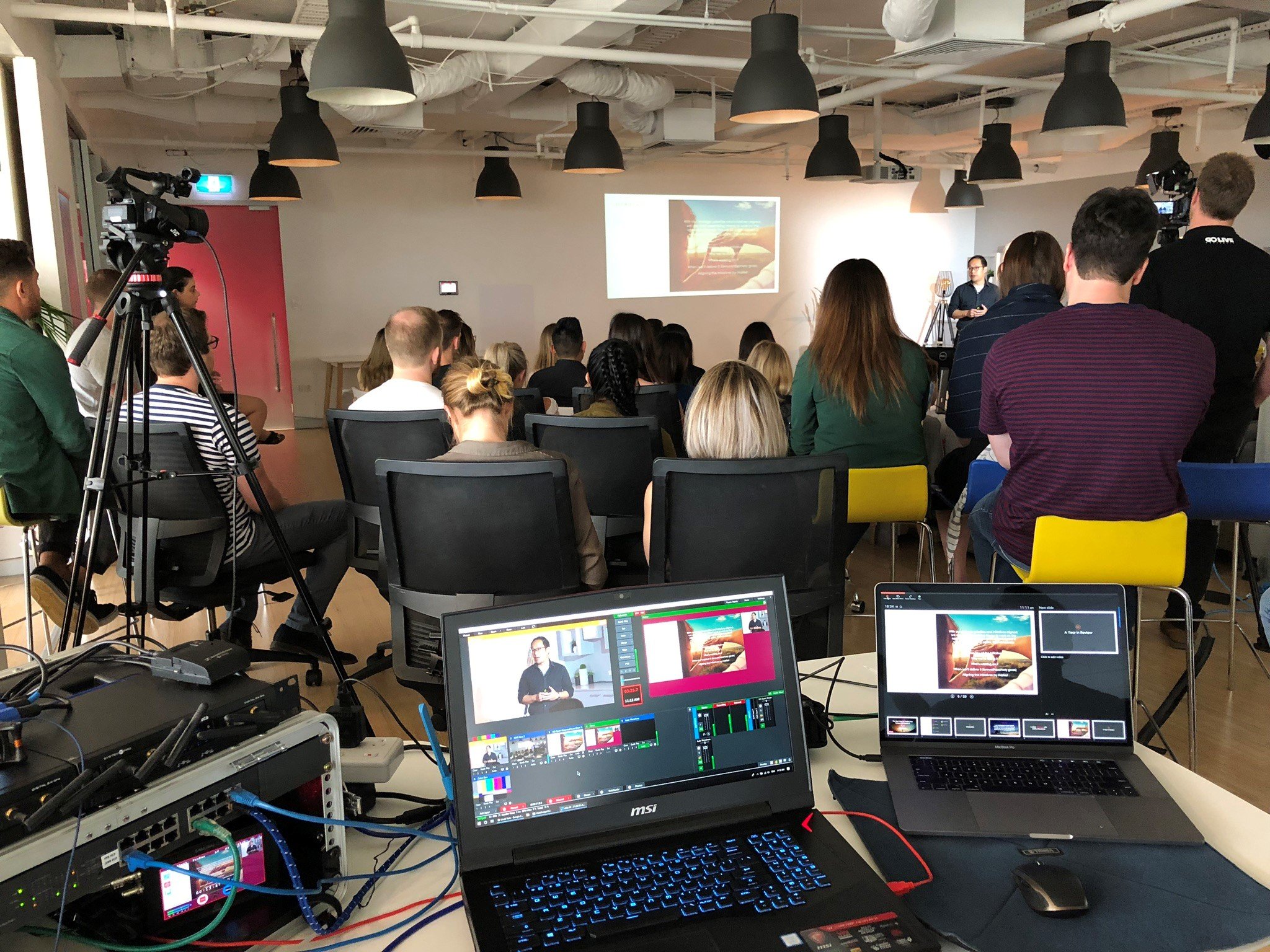 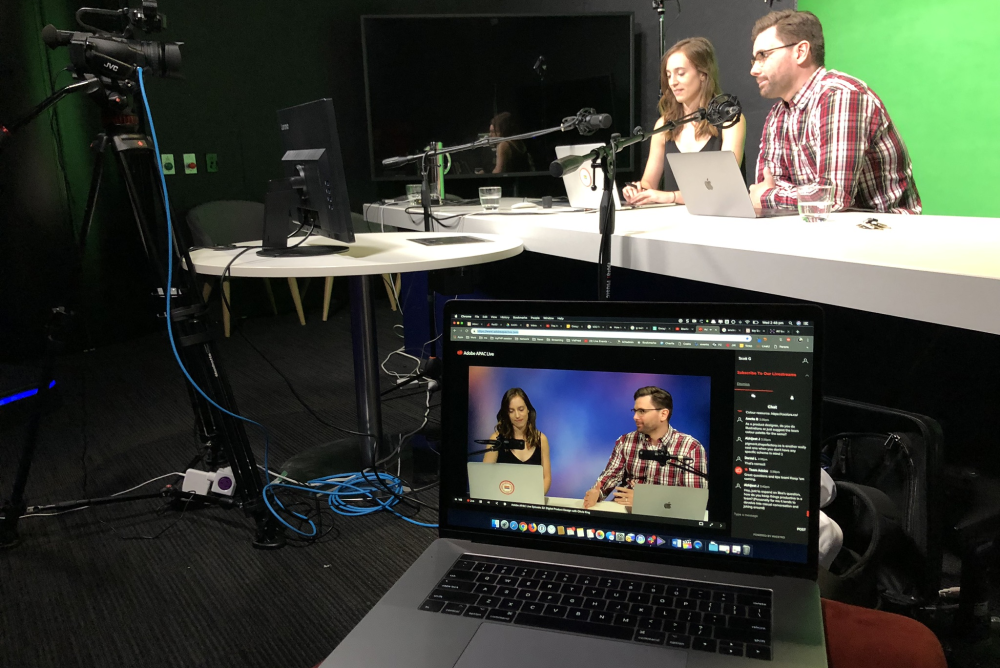